My Summer Olympics post two years ago was fairly popular, so now that I have a brief respite from graduate school deadlines I put together a couple of charts showing the Winter Olympic Medals over time.

There are significantly fewer events, and thus medals in the Winter Olympics – currently 302 to 98. That makes the Gold medal counts a bit more noisy (small sample size), so I’m also including a chart total medal counts (unweighted).

Both charts show Canada and the United States rising. One thing that these charts are missing is the fact that the total number of events has been climbing significantly as well – from 46 in 1988 to 86 in 2010 and this year’s games features 98 events. 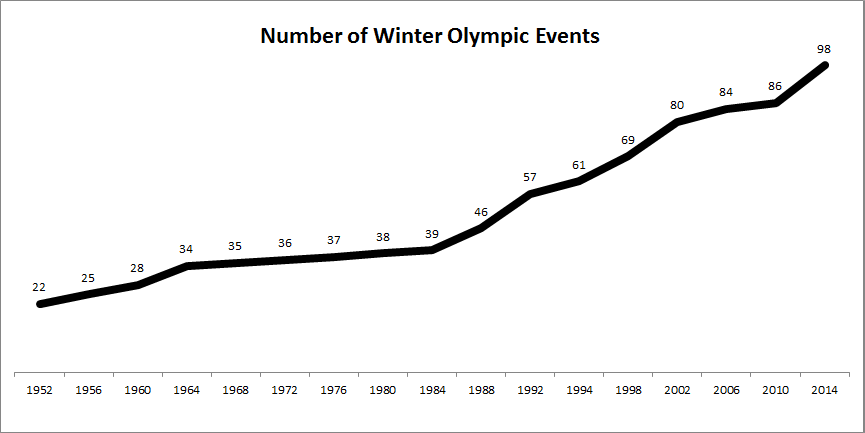 So congratulations to Canada on becoming a Winter Olympics power house – because let’s be honest, you don’t have all that much else going for you. But that success and growth has been alongside the United States and not at her expense.