Only having three weeks cuts down on the number of possible outcomes, however, I did enhance my predictions by adding in uncertainty for the tie-breakers. Previously, whichever team was forecasted to have higher score was ranked higher, which meant the probabilities skewed towards those with more points. This time, I tried to calculate the probability that, for example, the Giants close their 160 point gap in the next couple weeks.

I also realized I was calculating byes incorrectly. The byes go to the division winners, not the top two. This change decreased the Jets chances (they’d have to beat out the Pack to get a bye), and increased the chances for me and IncidentalPunishment.

Even though I won, my playoff chances only increased by 2%. Some of this was because I was expected to beat the Blues, but some was due to the change in methodology (because I’m ahead in points, the naive tie-breaking gives my a 92% chance of making the playoffs). 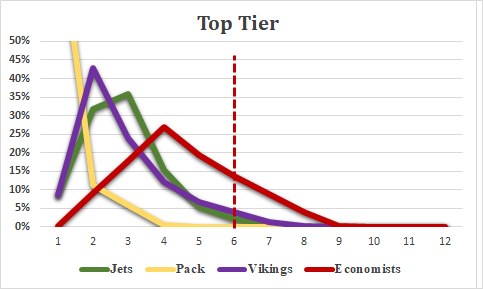 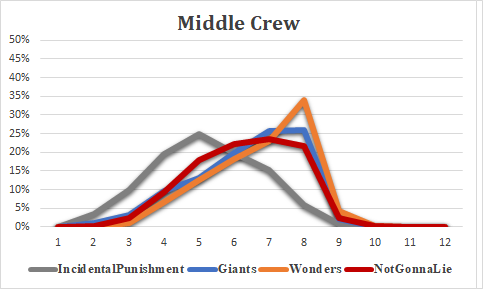 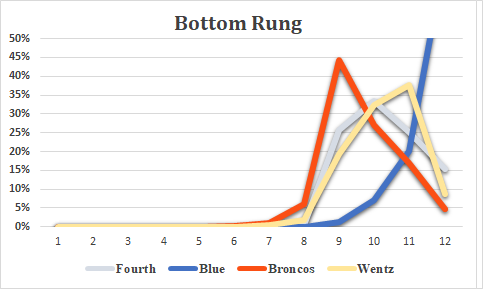